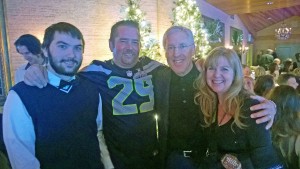 OMD, so how did I ever get into this band. My recollection was that it was in the back seat of a friend’s car on the way to a volleyball match in Berkley, CA. He put in the Crush tape, and fast forwarded it to So In Love. I was hooked after that. The funny thing was that none of us knew the lyrics to chorus, and yet, even when we finally read the cassette cover to get the right lyrics, we couldn’t believe that it was actually “Heaven is cold, without any soul, its hard to believe….” We were singing something totally different, and yet, after hearing the official lyrics, we still sang our version.

After that, I knew the name OMD. I would be a casual fan/listener during the 80’s, but it wasn’t until 1991 until I started to get serious about the band. I had the Best Of, and that got me through College, and it is also when I found out that Messages was my absolute favorite song. After that, I took a break from the band (and the band did some break-up thing…) but in 1991, Sugar Tax got me back into the band, and I started to buy their earlier stuff, and just about anything else I could find! By 1995, I was a hardcore collector! I started buying things in retro, and hence, have amassed the collection that I have today! 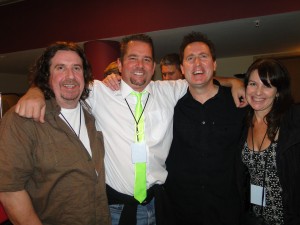 In 2007 I was finally fortunate enough to see OMD perform live for the first time and it was brilliant. I got a chance to meet a bunch of great new friends and had a blast. Fortunately, the band hit the road again in 2008 which gave me another chance to see more shows and meet some more new friends. These tours were some of the best times I have had and I can only hope that the future offers up more opportunities to see the band live and to make some new friends!

Personally I played baseball (pitcher) for 3.5 years in their minor league system, followed by a short stint in 1995 as a replacement player for the Seattle Mariners during the labor strike. I also played for 3 years of college at the University of New Mexico on a full athletic scholarship where I also studied Physical Therapy and perfected my beer drinking skills at the Sigma Alpha Epsilon fraternity. I have been married since 1993 to the wonderful lady you see in the picture and I am the proud father of young Tyler, who was born in 1996.

Besides OMD my wife and I own a childcare facility near our house (www.thenestkids.com) and I golf and still play baseball on the weekends!

My “real” job is as a Principal Program Manager at Microsoft in the Enterprise Client and Mobility division.